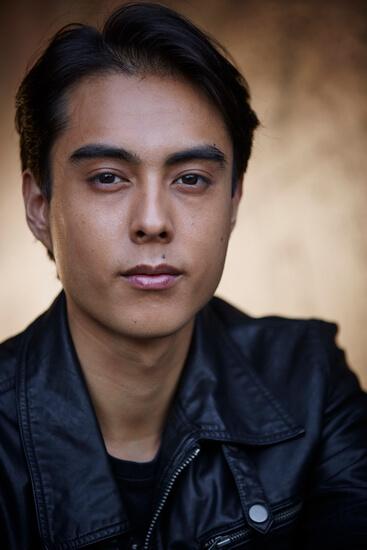 I’ve been inspired to never be afraid of going after something that I think is bigger and greater than myself. I realized that it’s me that truly makes something bigger and greater. My perception had really changed after that because any opportunity is an experience willing to take. I don’t think life happens to you it happens for you, and through my work of art I want to prove to people that how much greatness we all really have to offer to the world. We all have our own style to come up with deep within us that the world is waiting for us to express one day. The journey of coming up with your own style and expressing it is really the fun part of living. I think belief is everything… Everyday I visualize everything I dream of having or doing… I act and feel as if I already expect for these things to happen in the future for me and its only a matter of time before it happens… its really only a matter of time before I live up to my expectations. As an aspiring actor, the best advice I can give to anyone is that our thoughts are so powerful that we have to use them wisely because they can be utilized to your advantage.

Arturo was born in Southern California in the city of Pomona and raised in chino. At the age of 2, his parents divorced and lived with his father in La Puente for about 8 years. Ever since he was put on life support for severe asthma he was incapable of many physical activities. Living in poverty with his father he would repeatedly watch the very few films he had in his room. Watching the same films many times at a young age had reshaped his interest in watching movies by analyzing the roles of characters, spotting film mistakes, and studying the production of the movies. The more Arturo watched the same films the more he grew interested in everything about acting at a young age. He later moved in with his mother at the age of 9 and grew up with all his siblings in Chino. As a teenager, he was quiet and an independent student with big dreams as an actor. Arturo is considered the middle child of his two older sisters and younger brother. He was gifted with versatility in all sports and loved all sports but unfortunately couldn’t play any in school because of his asthma. One thing Arturo loved doing since he was younger is researching upcoming films that would not be released for years to come and anticipate on them as he got older waiting for them to come out. As he got older, his goals are to contribute to filmmaking as an award-winning actor who can make an audience cry. After he graduated high school he took after the advice of family and friends to go to college and choose a realistic major to pursue. Arturo had studied different majors trying to figure out his interest in a career and attended community college for almost 4 years without achieving any degree. Arturo was an average student and never failed in school, however, his school work was always out of his interest. He then decided to develop the hobby of bodybuilding and went to the gym every day as his second home. His interest grew in a healthy lifestyle and improved his severe case of asthma. As he got in great shape he saw the star he once wanted to be and eventually built the confidence to one day pursue his dream in the entertainment industry. At the end of college, he graduated with an Associates Degree in Kinesiology. Arturo is currently in the process of building his acting career and has never been more excited to express this side of him that he’s always wanted.

NEED TO REACH ME?

Just fill out this form and we will respond accordingly.