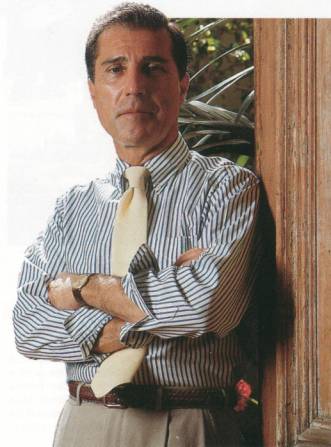 Robert Architect earned international acclaim and recognition for the architectural planning of custom estates. He has designed projects throughout the United States, as well as in Mexico, Saudi Arabia, and Japan. In California, he is perhaps best known for the design of custom homes in such prestigious areas as Beverly Hills, Palm Springs, Newport Beach, Palos Verdes Estates, Rancho Santa Fe and Hillsborough.

His work has been featured in many publications, including Architectural Digest, Los Angeles Magazine, The Wall Street Journal, The Los Angeles Times, Home & Garden, and House & Home magazine. He has won numerous architectural and building industry awards including the prestigious Gold Nugget Award (for 15 consecutive years) the Orange County and Beverly Hills Design Home of The Year’ Award, and numerous Major Achievement in Merchandising Excellence (MAME) Awards from the Building Industry Association.

He believes that “good design is the pleasing and functional arrangement of many considerations,” which include the family who will live in the home, the environmental setting of the home, and the materials used to construct the home.

A custom residence designed by Robert Architect embodies the very best of today’s casual and elegant style of living.